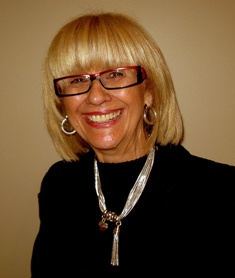 Finally, there is light at the end of this long, dark tunnel. As I write this update, I can see the light shining through slowly as we await the Stage 2 opening to be declared for our city by the government and the public health officials. I can already feel the stress and anxiety of the past few months gradually lifting. People are beginning to enjoy the warm summer weather as the restrictions on the size of our social and family circles are eased. However, COVID-19 is still with us as we start to move back to a “normal” life. We must still maintain social distancing, wherever possible. It has now become a common sight for citizens to wear masks in public. They have been declared mandatory for certain locations and areas of our lives. I believe this is a small price to pay to keep you, your family and others safe.

Because of the novel coronavirus (COVID-19) pandemic we are making The Marklander June 2020 issue available in PDF format. If you would like to download a copy of The Marklander, follow this link: http://www.marklandwood.org/images/Marklander/PDF/June_2020.pdf

On June 6th, the Council Chambers at Etobicoke Civic Center was overflowing with Markland residents concerned about the status of the 240 Markland Drive rezoning proposal. Since 2011, four building proposal iterations were submitted by the developer. The City Planning department seemed to be satisfied that the latest revision was close to being compliant to the Official City Plan for Apartment Neighbourhoods. The Planning department crafted a positive report that they presented to City Council. They recommended the proposal be accepted for the property to be rezoned. Since the developer appealed the project to the Ontario Municipal Board in December 2017, this was a request for guidance from the City Planning Department to the City Council. The agenda was tabled for June 6th, where 11 Etobicoke/York City Councillors would accept or reject the Planning report to recommend a rezoning change.

RT @FoodTrucknFri: Hungry? You can pre-order @Alijs_kitchen famous chicken box NOW for pick-up at our season opener on Wednesday! We’ll be…

RT @FoodTrucknFri: 2 more sleeps until our season opener at #Etobicoke’s #MarklandWood 🙌🏼. You have until 10am Wed to pre-order these amazi…

RT @FoodTrucknFri: You know u want it. PRE-ORDER @Funnelcakedream now for pick-up next Wed June 24 @ our pop-up in #Etobicoke’s #MarklandWo…